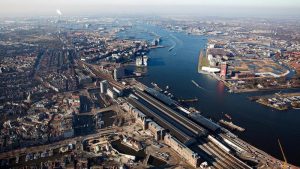 SCBA Jump over the IJ