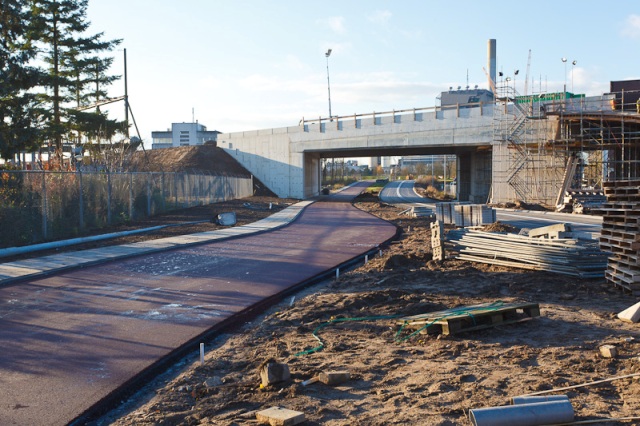 A rising pressure on the traffic network and public transport system can be noticed in the area on the south of Nijmegen, a medium size city in the east of the Netherlands.

Especially during rush hours we see many traffic jams and full buses in the area. The bicycle can be a good alternative for the car and public transport between Cuijk and Nijmegen. But with the current infrastructure there is one problem on this route: a river is forcing cyclists to either take a bridge about 2 kilometres off route, or take a ferry boat about 1 kilometre off route. Therefore, a bicycle bridge is planned next to an existing train bridge in order to make a faster connection. Besides this bridge an ‘obstacle free’ route will be build through the forest between Cuijk and Nijmegen. This will result in more cyclists (instead of use of car) which entails several benefits to society.

For existing cyclists the route becomes faster, resulting in travel time gains. A modal shift from car to bicycle decreases congestion in the area and brings health benefits and productivity gains due to more physical activity. Decisio made a social cost benefit analysis for this route, which provides insight in the scope and allocation of social costs and benefits due to this project.

The analysis showed a positive balance of social costs and benefits in three different scenario’s (from pessimistic to optimistic). Travel time gains for existing and new cyclists, along with the health benefits were accountable for the largest part of the benefits. The largest part of the costs were made up by the investment costs of the bicycle bridge.

For more information on this project please contact Martijn Lelieveld at +31 20 670 05 62 or m.lelieveld[at]decisio.nl.