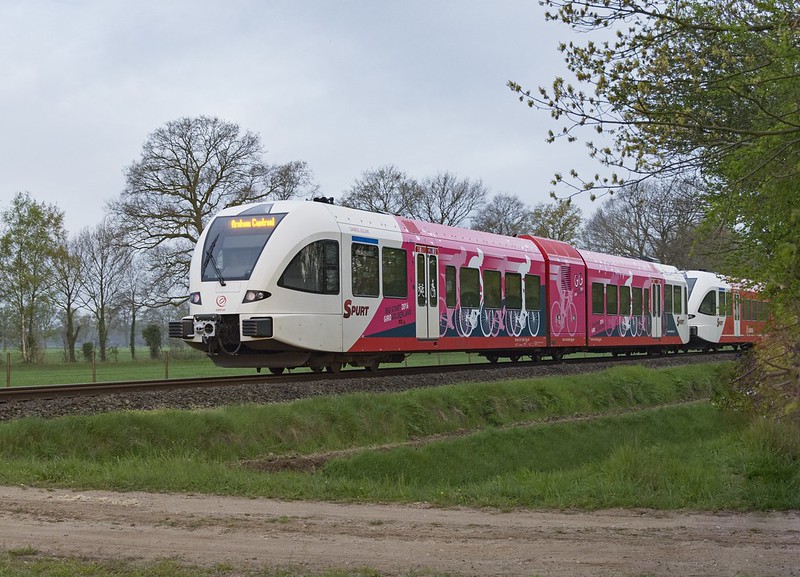 Analysis of visitors during Giro Gelderland 2016

From Thursday to Sunday, May 5th and 8th 2016, Gelderland is tinted pink because of the start of Giro d’Italia in Gelderland. This was the first time that a large international cycling event was taking place in Gelderland.

In four days, Giro Gelderland attracted 482.500 visits per day, 126.500 of which were from outside Gelderland and had come especially for the event.

On the team presentation day in Apeldoorn, circa 34.000 visitors were present, many of which took also part to side events. The stage (time trial) attracted 114.5000 visitors to Apeldoorn and, during the second and third stage, came in total 133.000 and 201.000 visitors respectively. The Giro start in Arnhem pulled a total of 61.000 visits and 41.5000 in Nijmegen. About two-third of the visits was local, while about a quarter came from the rest of the Netherlands. The remaining 42.500 visits were foreigners, mostly Italians, Belgians, and Germans.

For the evaluation, Decisio was responsible of the estimation of the number of visitors to the presentation team in Apeldoorn and the first three stages of the Giro. These are made on the basis of mobile data surveys that have been conducted during the event. It is also addressed the number of additional visits in Apeldoorn, Arnhem, Nijmegen and the whole Gelderland.

The use of mobile phones makes possible to count the number of visitors and their origin anonymously. During the day, a mobile phone (through phone, SMS, using apps etc.) is used dozens of times. In the use, data on time and geographical location is recorded. For this task, Decisio has worked with Mezuro.

Mezuro analyses daily the data from Vodafone mobile network and thus the movement of millions of mobile phone users. In this way, the pattern of orgins and destinations of Dutch and foreign mobile phones from Vodafone are recorded countrywide and 365 days a year. This data in the incremented by Mezuro with so-called “multiplication factor” to reach a representative picture of all the Dutch.

Decisio has recently gained wide experience with the analysis of visitor events. For more information about the application of mobile data in determining attendance please contact Menno de Pater of Decisio (m.depater[at]decisio.nl). By phone you can reach him via 020-6700562.