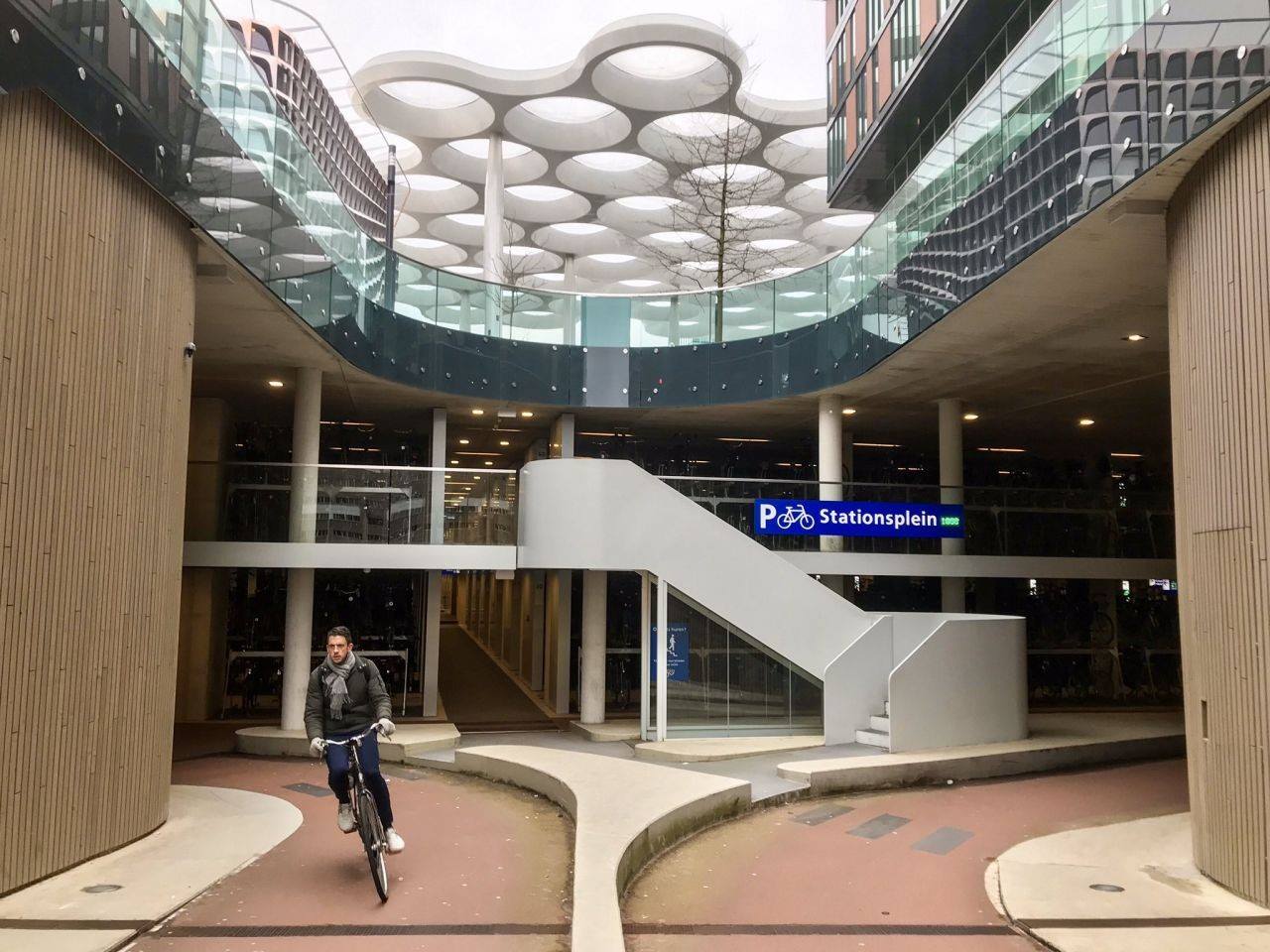 In the (rare) cases we at Decisio are asked to make a comparison between alternative transport investments, cycling and walking investments score very high in cost-effectiveness.

A concrete example is the magnificent bike parking at Utrecht Central Station: a true “bicycle hotel” for more than 12.000 bike spots, it is currently the world’s largest bicycle parking. At the time everybody involved thought that investing 30 million euros was crazy for “just” a bike parking facility. This lead to heated discussions. So we made a social cost benefit analysis in which we compared the investment in the bicycle parking with a scenario in which a proportion of the travellers would go to the station by bus or tram.

For the bike parking, we calculated that the total cost of each bicycle stand was about one euro per day including all investment and operational costs. The financial public costs of the travellers that would travel to the station by bus or tram were about three euros per day, only considering the public transport subsidies. So we could easily prove that purely financially, investing in the bike parking was not expensive at all. The costs were only one third of the public transport subsidies.

Also when compared with travelers taking their car to their destination, investing in the bike parking turned out to be very interesting: the social costs of all the negative impacts and externalities associated with car travels were in the order of tens of millions of euros every year, including effects like congestion, emissions, climate change, health etc, even in the most optimistic scenarios. The message was very clear: investing this big amount of money on “just” a bike parking was very much worth it!

I like to stress that also for major road investments it is worthwhile to see what can be done by stimulating cycling. Major traffic jams can be solved if only a small proportion of the traffic is shifted to other modes. If cycling measures could lead to a decrease in car traffic of just a couple of percents, the investments can be very ‘profitable’. If it only leads to postponing the need of big road investments it can also be a big gain. Because of the saved capital costs of course, but also because the future is uncertain: In a couple of years the situation may have changed so that the road investment is no longer required or in a different form.