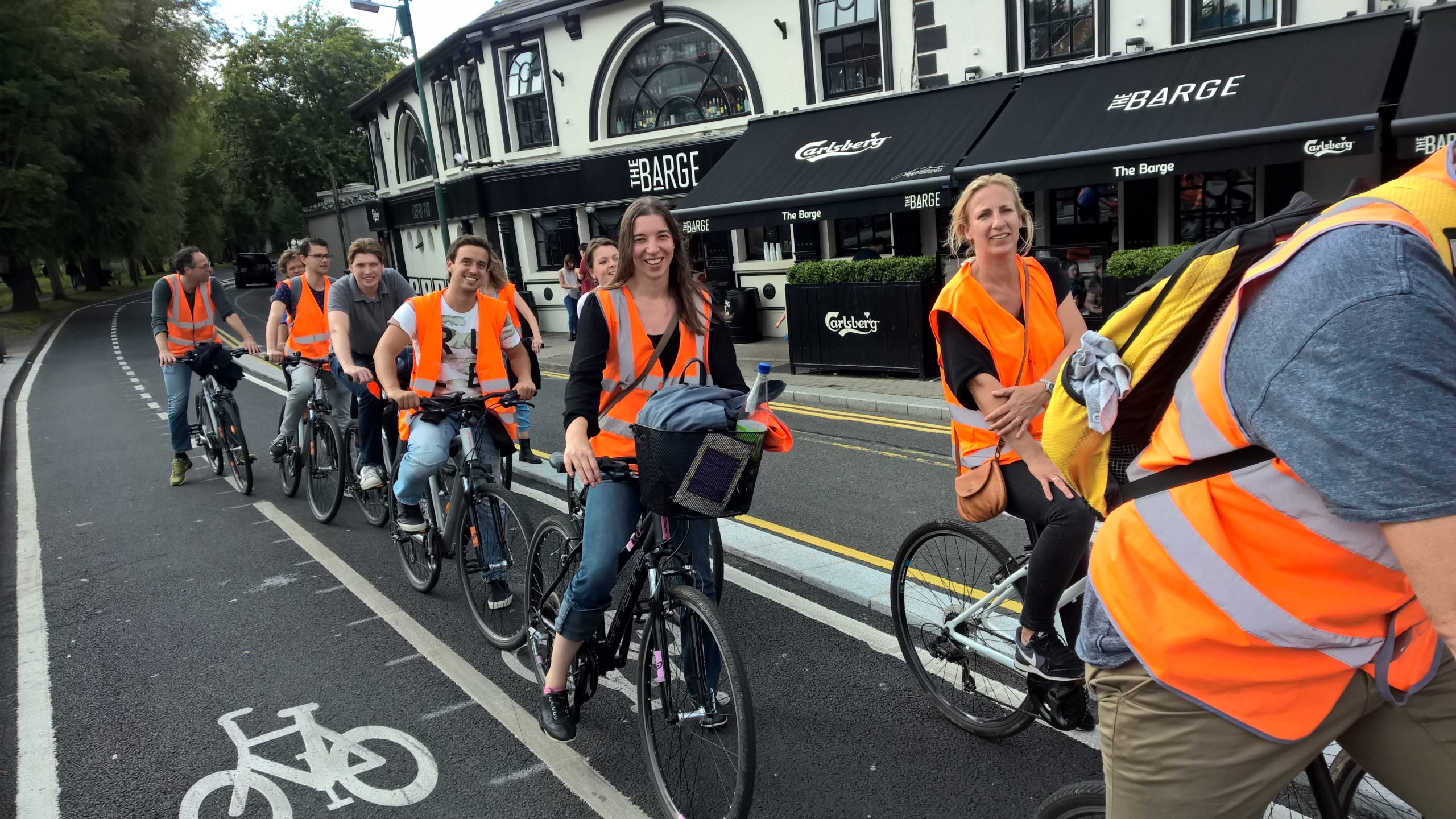 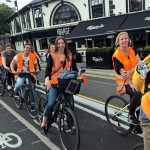 With the entire Deciso team we travelled in early September 2016 for a study trip to Dublin to see how bike friendly this city is. We took a ride to explore the city and experience how it is like to ride in a city where bicycle use (for Dutch standards) is still in its infancy.

Dublin is working to become a bicycle-friendly town. Since 1990, over 120 kilometres of cycling paths and 50 kilometres of bus lanes (usable by cyclists) have been installed. Cycling in Dublin is also becoming popular thanks to the bicycle program “Dublin Bikes”. Dublin Bikes is a bike-sharing system with 450 public bicycles and 40 bike stations in the city. This program currently has over 60.000 subscribers and 15.1 million rides since its inception in 2010. Furthermore, cycling has become popular thanks to a tax measure to favour bicycle use. Despite these measures in the recent years, the number of cyclists in Dublin is still low.

During the study trip, Decisio organised an international meeting on “Cycling in the City”. Along with Dublin City Council, economists, geographers and the Irish consulting firm Future Analytics Consulting, we talked about mutual experiences in cycling investments, particularly bicycle infrastructure, parking, bicycle use in the city. The talk covered topics such as how to make cycling more attractive for residents / workers of the city and how to influence cycling behaviour. In a presentation, Decisio briefed a number of projects for bicycle parking, bicycle infrastructure and Bikenomics. And how we work with social cost-benefit analysis (SCBA) to weigh the social and financial pros and cons of projects.

Take contact with Lilian Tilburgs l.tilburgs[at]decisio.nl. You can also call via: 020-6700562