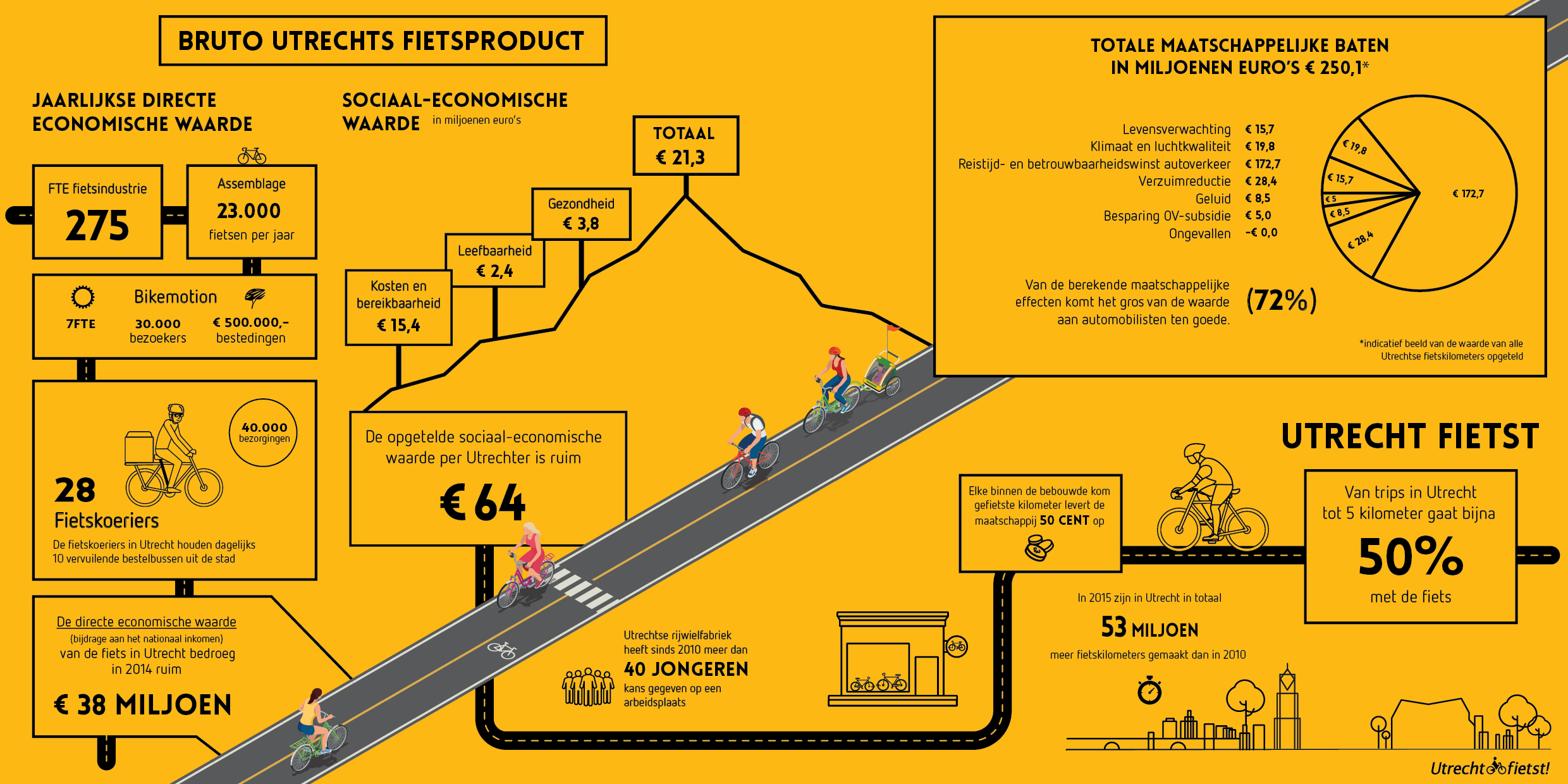 Utrecht profits of a quarter of a billion euros annually in direct and indirect socio-economic benefits thanks to cycling. The city would have lost that amount in terms of health care, air quality measures, traffic delays if all cyclists would have taken the car instead of their bicycle. That’s what the consultancy company Decisio and Soigneur have calculated in the report Bruto Utrechts Fietsproduct (BUF) or Utrecht Gross Cycling Product, which was supported by the municipality of Utrecht. The Dutch city is the first city in the World to have calculated the direct and indirect socio-economic value of the cycling culture. The alderman Lot van Hooijdonk received the report at the first regional network meeting “Utrecht Bike Community”.

In the last few years, the city of Utrecht has heavily invested in cycling. The effect? Between 2010 and 2015, the number of kilometre cycled has increased from 53 million to 616 million. This growth in bicycle use is many times higher than the Dutch average. The increase in this bicycle use has several positive social effects. For example, cyclists are healthier and more productive, which has a positive effect on employers, health insurers and thus society as whole. In addition, shifting from car to cycling contributes to cleaner air and reduction in noise pollution. The social effects of the increase in the number of cyclists are expressed in a socio-economic value of €21.3 million. Motorists also benefit from the large numbers of cyclists due to lower congestion and more reliability of travel time. 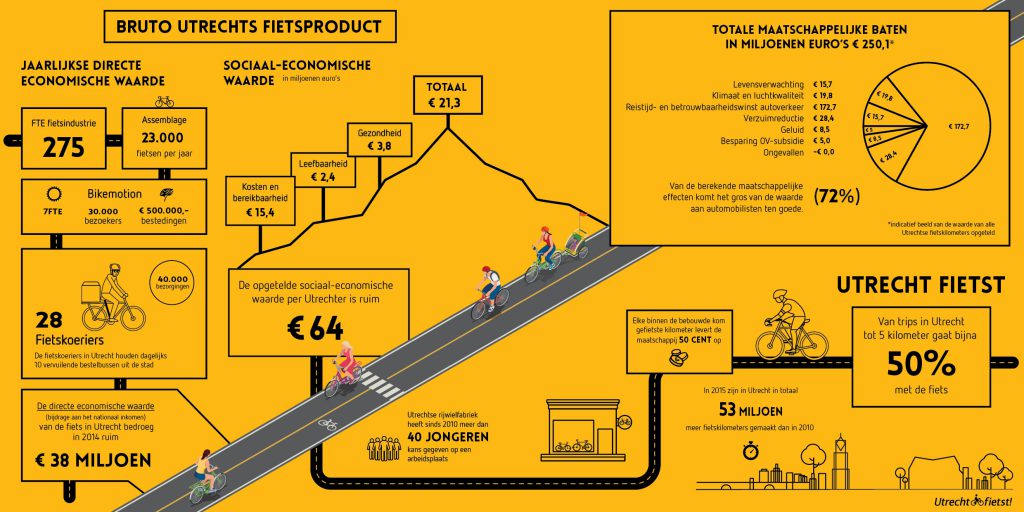 Over 38 million in direct economic value

The direct economic value (contribution to national income) of the bicycle in Utrecht amounted to more than 38 million euros in 2014. The Utrecht cycling industry supplies 300 jobs and builds 23,000 bikes annually. On average, 28 cycling couriers make over 40,000 deliveries every year. This avoids the use of over 10 polluting vans in the city every day.

This are the words of the alderman Lot van Hooijdonk who is enthusiastic about the value of cycling in his city. “If we only look at the economic benefits for the city, the benefits between 2010 and 2015 are thus well above the investments in cycling infrastructure. And then we are not even counting in the other many benefits of cycling: comfort, speed, social contact and so on”.

Frank Kwanten van Soigneur adds: The increase of kilometres cycled is mainly due to the fact that motorists are shifting to cycling. This has increased the collective health but also made the city more liveable and accessible. The fact that all cyclists would switch to the car is of course an unthinkable scenario given the lack of space in Utrecht, but it is clear: cycling pays! ”

You can view the entire report ‘Gross Utrechts Fietsproduct’ by clicking on this link.

For more information about this research, please contact Martijn Lelieveld (m.lelieveld [at] decisio.nl). By telephone, we are available at 020-6700562.