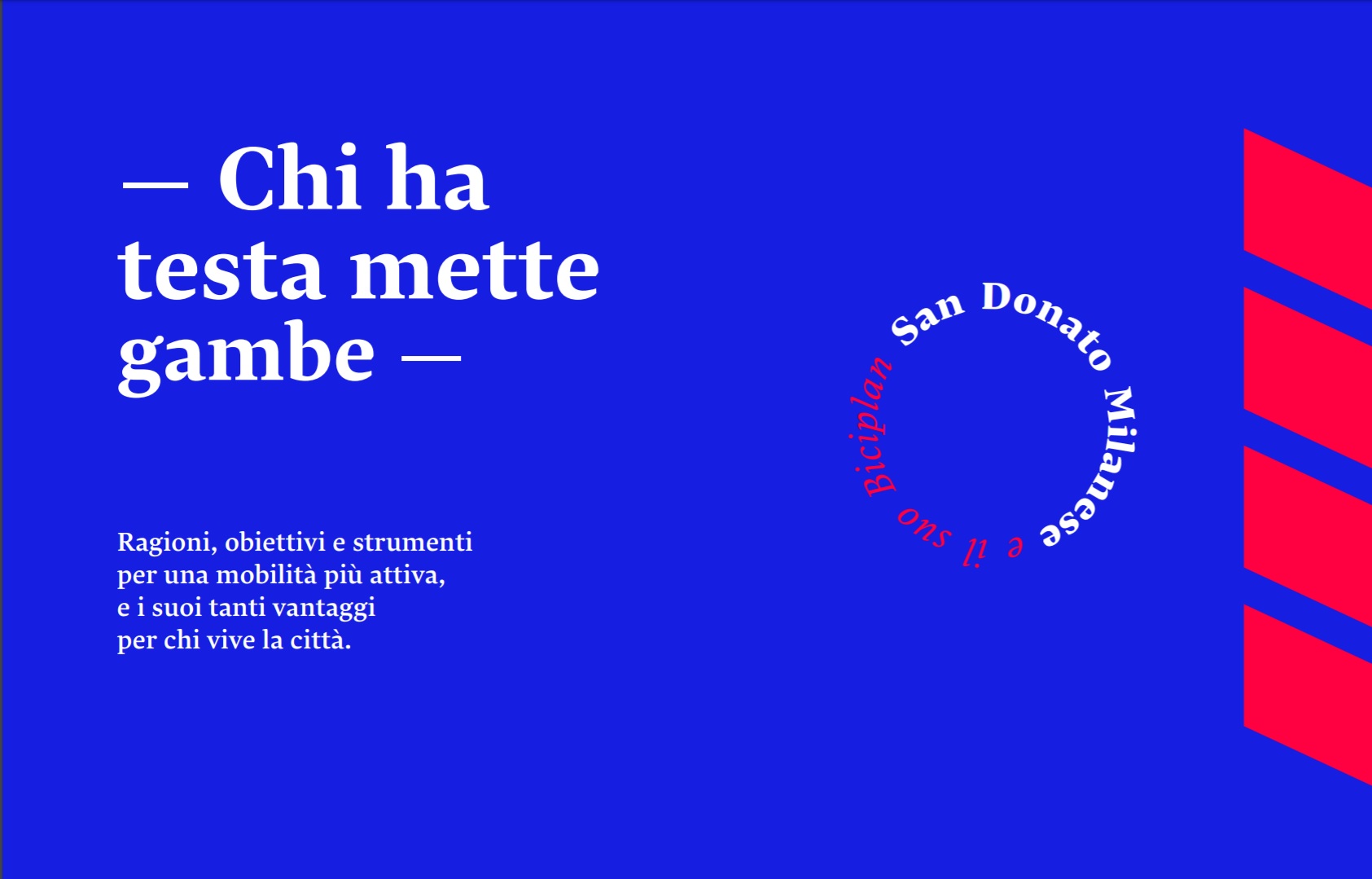 Bikenomics in the Industrial Heart of Italy

At Decisio, we applied bikenomics – and specifically a tool called Social Cost Benefit Analysis, or SCBA – to the Bike Plan of San Donato Milanese, a 30.000 town just outside Milan which is the headquarter of ENI, BMW and many other large industries.

Through bikenomics, we compared two different scenarios: the “business-as-usual” scenario (BAU) – in which cycling is not promoted and people keep using mainly cars and public transport as usual – and the “intervention” scenario, in which policy-makers act according to the bike-plan and the 15% target is achieved.

Business as Usual vs. Intervention Scenario

The first scenario was developed using forecasts from the regional model in which it was assumed mobility would increase according to population and GDP, and modal shares would change very little (figure 1, left). In the “intervention” scenario, we kept the total amount of forecast trips as constant but varied the modal share according to the targets of the Bike Plan. It is important to stress these include all of the trips inside, to and from the City; nevertheless, a large fraction of these trips was short enough to be traveled by feet, bike or electric bike.

We assessed the impacts associated to the increase of traffic jams, injuries and deaths due to crashes, noise, local pollution, climate change and habitat erosion in the business as usual scenario (also dubbed the “do-nothing” scenario), and we compared those with the effects of increased physical activity in the “intervention scenario”, and the associated improvements in life expectancy, work productivity and healthcare savings.

The social benefits of biking and walking

Thanks to bikenomics, we could show that the business as usual scenario would translate into a 5.5 million euros social cost for the city, whereas the intervention scenario would bring about almost 16 million euros in societal benefits, mostly associated with increased physical activity.

If this was not a positive result per se, we compared the benefits associated with the implementation of the bike plan with its projected costs: 2.5 M€, +1% maintenance every year. Benefits outweigh costs about 7 times in only 10 years, and the difference between “doing nothing” and the intervention become wider and wider as time passes, as cycling and walking score even better at longer time-spans (2050 and 2065).

Bikenomics works in Italy as well

This was an interesting project for us for many reasons: for a starter, we could show that the bikenomics thinking works outside of the Netherlands too, and it can help put cycling on the agenda even in contexts where cycling is not as popular and widespread.

Perhaps even more important, we reversed the normal way of thinking about mobility plans: instead of trying to predict what would happen (which is a difficult and often vain endeavor, especially in current times), we evaluated the objectives through a bikenomics plan: instead of asking “What will happen?” we asked “What if this happens?”, and thus were capable of evaluating the desirability of the bike plans objectives and set the agenda for it becoming reality in the coming years.

Moreover, we used the results from the social cost-benefit analysis also as a communication tool, as we held four different workshops with the stakeholders of San Donato and explained the impacts and benefits of changing the mobility paradigm in the city.

Communication is key for change

Finally, we believe that comparing a “do-nothing” scenario with an intervention one is an eyeopener for most people, and for a lot of politicians. In many cases, in fact, bikenomics can show very clearly that “doing nothing” in terms of active mobility is not free- indeed, it is extremely costly as a society. This has proven to be crucial when making the cases for more investments on cycling and walking.

For more information and material, please visit the website of the City of San Donato and check the attached communicative handbook that was delivered at the end of the project (in Italian).