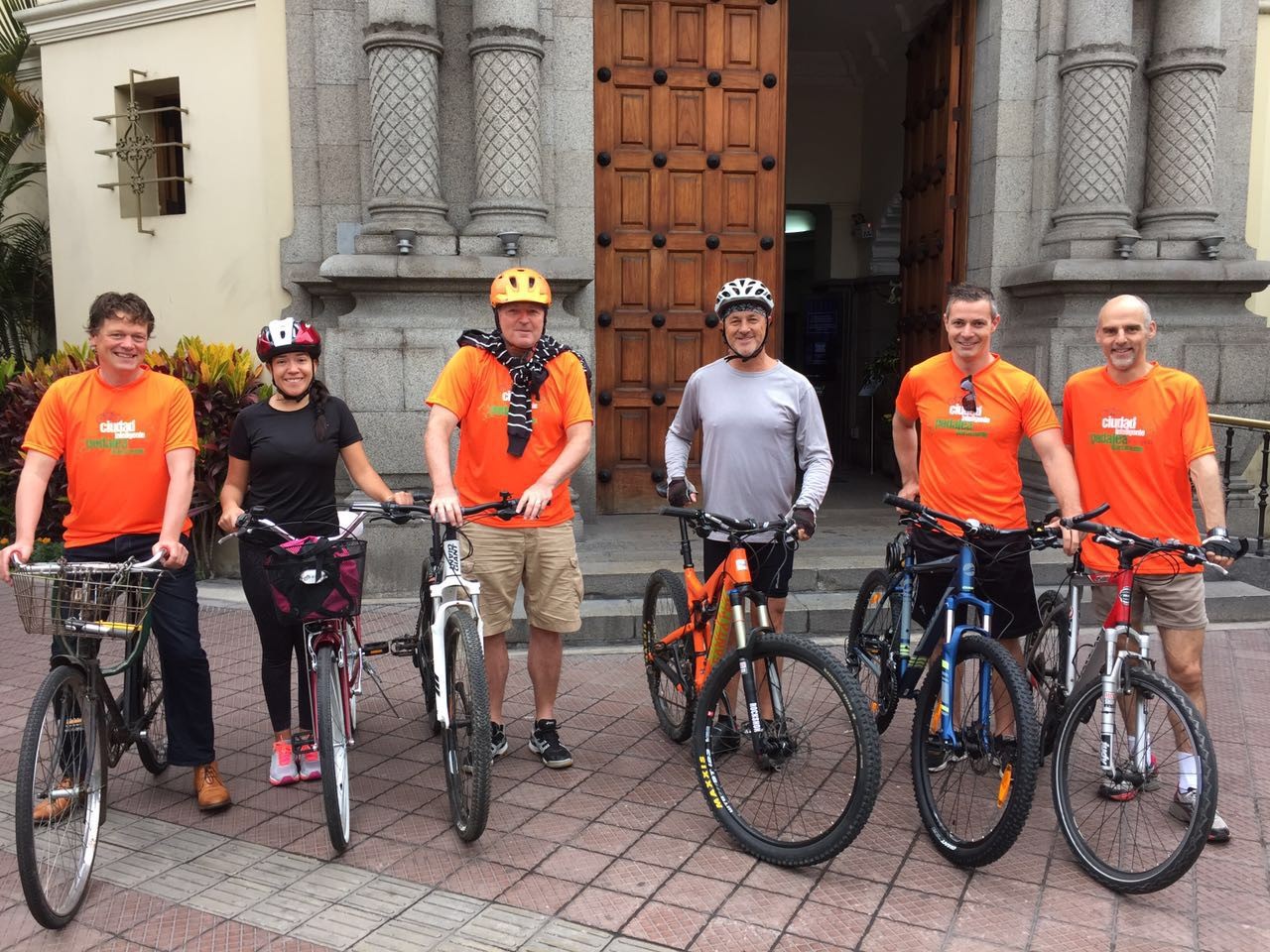 In 2016, Kees van Ommeren (partner and co-founder of Decisio) went to Peru, together with the excellent bicycle planner Jeroen Buis – JB Mobility – to help bring the cycling culture to a whole new level. Our office manager, Heleen van Straten, asked Kees abou this work in Peru.

How did Decisio get in Peru?

The Ministry of Health of Peru approached, on behalf of five different ministries, the Dutch Embassy in Lima. The question was whether the embassy could help them to develop a national cycling vision in Peru. The ministries found “bikenomics” an important part of the project as they want a convincing rationale for the value of cycling investments in each of the departments. The Embassy has therefore filed the request to us (JB Mobility and Decisio).

Lima is potentially an ideal cycling city. The city has a flat landscape, it almost never rains and the climate is just perfect for cycling (between 15 and 25 degrees). In addition, traffic in Lima is always practically fixed, car ownership is low and people are considerably less wealthy than in the Netherlands. So, as a Dutchman, it is natural to think ¿cómo es posibile? that it is cycled so little?

What keeps the people from using their bicycles?

Cycling in Lima is mostly perceived as a recreation and hardly used for transportation. People are not used to cycle in busy cities and motorists are not accustomed to cyclists. This creates dangerous situations and potential conflicts. There are too few bike paths and the quality is very variable: some stretches are poorly maintained, too narrow or interrupt abruptly. Nevertheless, the bicycle is not seen as the “poor man’s vehicle”, this is not so much the problem. In addition, since Lima is located by the sea, the air quality is not as bad considering that over 10 million inhabitants live there.

What have you done to assess the benefits of cycling?

Next to the vision proposed to the ministries, we developed a model for social cost-benefit analysis (SCBA) to appraise the costs and benefits of three investments projects (mainly cycling routes) in Lima. Bicycle use benefits the user, but also the environment. These effects are expressed by the SCBA in cash (Soles), with an impressive benefit-to-cost ratio.

How was the reaction?

The results of the study were presented in different sessions to mayors, (sub) municipalities of Lima and the ministries at a bicycle festival in the city. Without exception, they were very enthusiastic about the result. The conclusion is very positive: cyclists ensure less pollution, better health but also it is good for the economy as bicycle use creates a more comfortable living environment which leads to higher housing value. The ministries have now reckoned the benefits that investing can yield and therefore strengthen the political arguments in favour of a bicycle revolution.

What needs to happen to get the residents of Lima on their bicycles?

A behavioural change must take place that applies to motorists, employers and employees, residents and shop owners who prefer not to have a bicycle lane along their house / shops. In addition, the overall image of cycling must improve. That can only happen if the bicycle infrastructure is significantly improved and upgraded. The government and society must therefore jointly get started. The people who are already cycling in Lima are mostly highly educated people who live consciously. It is possible to use this leading group and ensure that cycling becomes “trendy”. Moreover, motorists should have more respect for cyclists and should realise that more trips by bike mean fewer cars on the road and better flow.

What role can you play here?

The key to change things lies with the mayors. Some of these are very positive about cycling. We have good hope that in several municipalities some major steps can be made in the short term. At the same time, it is difficult to get things moving and it is always a challenge to arrange financing. Our role is then to support decision-making (bikenomics), bicycle planning (master plan and integrated infrastructure planning) and work on behaviour (including mobility management and road pricing).

Did you have fun in Lima?

The week there has been fantastic! I could play football on the roof of a shopping centre with the Dutch national team of the embassy of Lima. It was also very nice to see how the Dutch Embassy used the bicycle as a “country marketing” means. We were there during Kings’ day and the Embassy organised a bike tour with thousands of cyclists around a park on the coast. This also put things in motion. It will still take some time, but eventually, Lima will become a real cycling city, as it happened to Amsterdam.