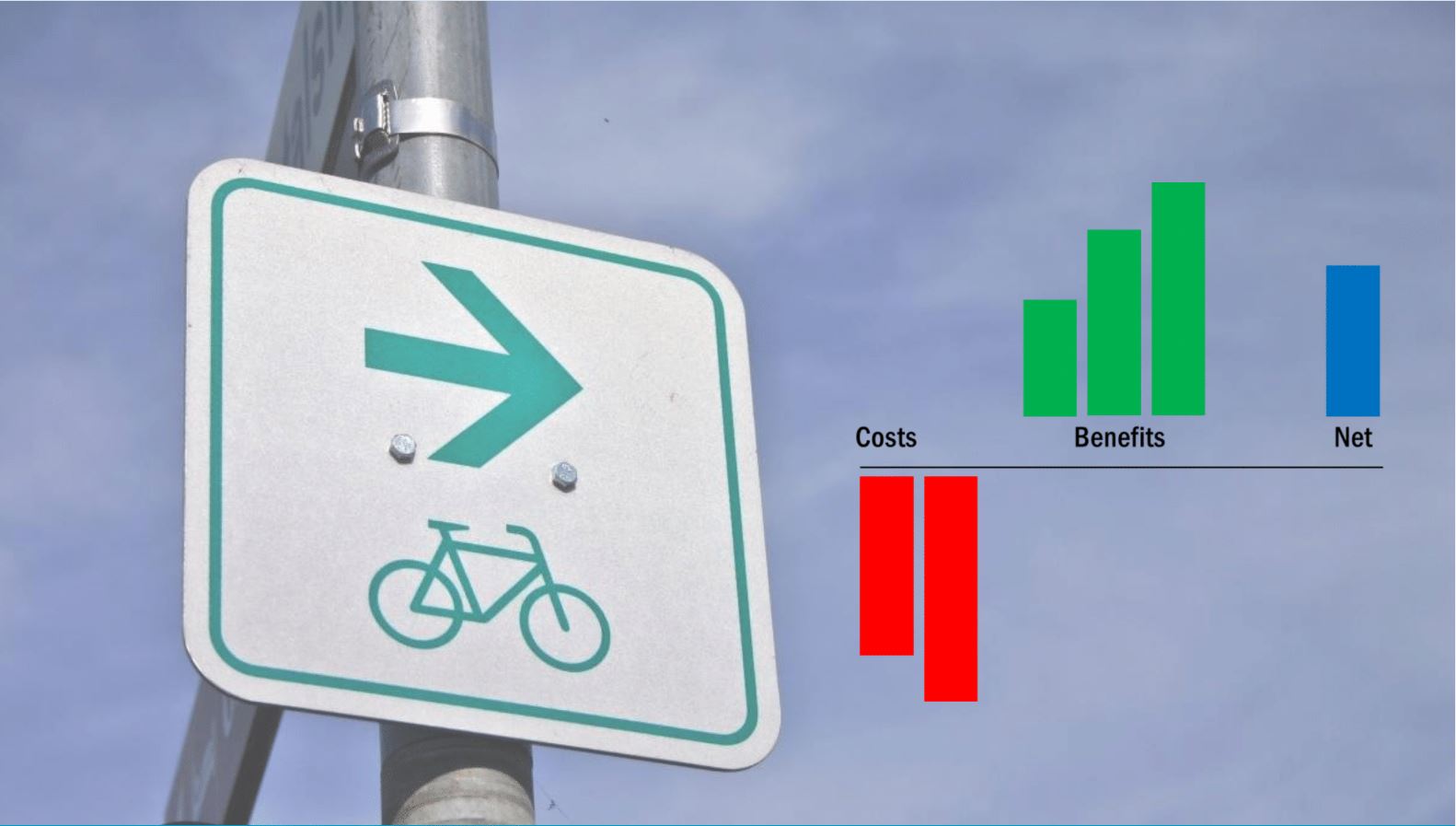 Bikenomics and Post-COVID Mobility Scenarios in Italy: A Way to Rethink the Problem

As cities and states reopen after the lockdown, the public transport sector is under scrutiny: most experts have observed that both demand and supply of transit will decrease significantly, as people will avoid enclosed and crowded environments and operators will try to guarantee the social distancing limits by lowering the capacity of vehicles. Calculations on buses and trams showed that about 20-25% of places can be used; for trains the figure should be higher and close to 50%, but there is no doubt that a large number of passengers travelling to work, do groceries and, after summer, school will have to shift to a different mode of transport.

But which one? And what will be the consequences of such shift on society?

At Decisio, we set up a simple bikenomics model to compare two sets of scenarios for mobility in Italy, which is reopening its economy gradually in May. In short, we compared ‘non-intervention’ scenarios with ‘post-COVID policies’ scenarios.

In the first set of scenarios, a variable fraction of transit users will shift to the private car. In the model we have made a distinction between the effects on congestion and the other societal effects (health, air-pollution, climate, safety etc.) For the congestion effect, we used very conservative assumptions.

The results of this first set of scenarios (“non-intervention”) are shown in the figure below. 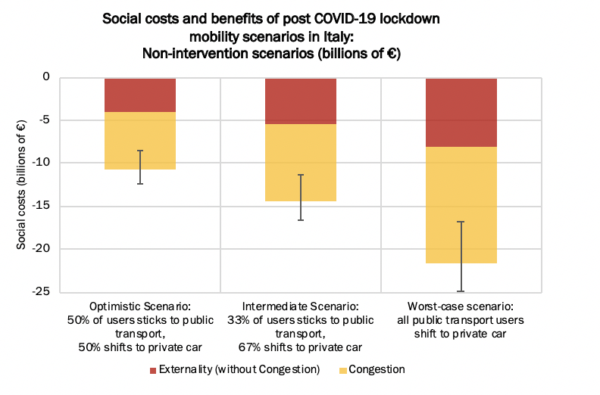 As the percentage of transit trips decreases, and that of car trips increases, social costs increase (meaning that they become “more negative”), and those associated with congestion are the most significant ones. In the intermediate scenario, where transit is close to the capacity it has shown during the past weeks, the social costs are in the realm of 15 billion euros per year.

In the second set of scenarios, we analysed what would happen if national and local governments intervened, and strongly promoted and incentivized cycling and walking (something that is currently happening, to a certain extent). Taking the “intermediate” scenario shown above as a starting point (33% of users stick to public transport), two “intervention scenarios” were created: in the first one, all remaining trips below 5 km are shifted to walking and cycling; in the second one, all trips below 10 km are shifted to walking, cycling and cycling on an e-bike.

The results of this second set of scenarios (“intervention”) are shown in the figure below. 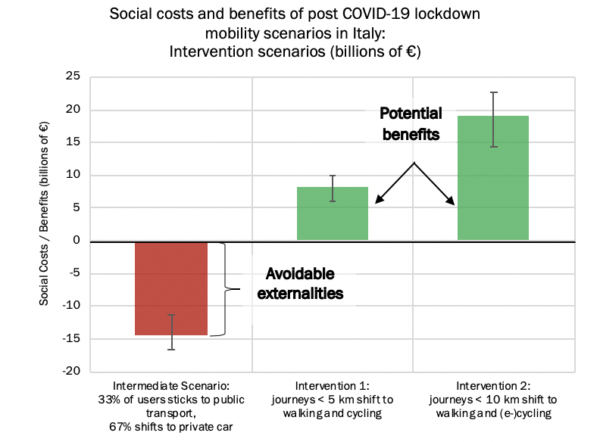 In the second scenario, these benefits round up to almost 20 billion euros per year.

We acknowledge that both sets of scenarios are somewhat non-realistic, but we built them to illustrate the difference that policy interventions can make. In reality, a mix of the two scenario sets will probably occur: some people will shift to the private car, some others will shift to walking and cycling, most likely for short distances. Moreover, an important role – which we did not model – will be played by the possibility of not travelling at all (for example thanks to smart-working) and to use public transit outside of peak hours. The comparison between the two scenario sets is useful to let everyone, and especially decision-makers, get insights in two different directions. It shows that the “non-intervention” option is highly risky, and it would represent a significant burden on a society which is trying to restart its economy and combat an upcoming economic crisis. The risk is that of transforming the lock-down into a gridlock.

At the same time, the “intervention” option shows that cycling and walking are valid mobility options for a big share of commuting travel, with significant positive social impacts, mainly in terms of health. Therefor promotion, facilitating and incentivization of active mobility would be a policy that benefits both the cycling/walking individual, the motorists, the restarting economy, and the society as a whole.

This is a nice example of how bikenomics can be used for giving insights and helping decision makers explain their policies to the general public.

The full study by Decisio is available for download here.