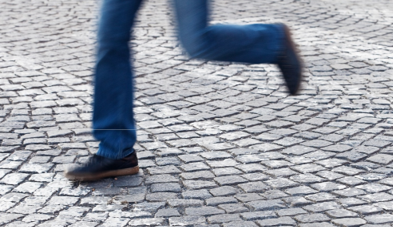 In the Netherlands and elsewhere, more and more attention is given to walking and Walkonomics. Not surprising if you list all its benefits. One could think of benefits with respect to health, social cohesion, accessibility, economic viability, reduction in harmful substances and noise, more efficient use of urban space and so forth.

Decisio has been working on mapping the effects of pedestrian projects for several years. On behalf of CROW (Dutch technology platform for transport, infrastructure and public space) and in collaboration with Molster Stedenbouw, Decisio conducted an explorative study into the effects of investments in pedestrian infrastructure. One of the conclusions was that more monitoring is necessary to fill in the blank spots in current knowledge. Therefore, we have worked on a guideline for researching and monitoring the effects of pedestrian projects. At the same time, we measure what the precise effects are of the improvements in pedestrian zones in practice. For instance, for the municipality of The Hague, where we assessed the effects of the urban re-organization of ‘Stationsweg’ and the ‘Wagenstraat’. Earlier, Sjoerd van Hintum conducted a similar study to the impacts of the re-organization of a square called ‘Muntplein’ in Amsterdam.

Attention for walkonomics will remain in 2019. An example was Waarde van een plek, which Decisio developed together with Goudappel Coffeng and Molster Stedenbouw. It is a dashboard wherein mobility, economy, spatial quality and social cohesion is central. Each element in the dashboard is measured through multiple indicators. In this way, the dashboard comprehensively presents the value of place. And how the value of place is affected by quality improvements for pedestrians. Furthermore, we were involved in ‘Ruimte voor lopen’ (‘Urban space for walking’). Lastly, in October 2019, the leading international walking conference Walk21 will take place in Rotterdam. Evidently, Decisio is present and is working on a contribution to the event.